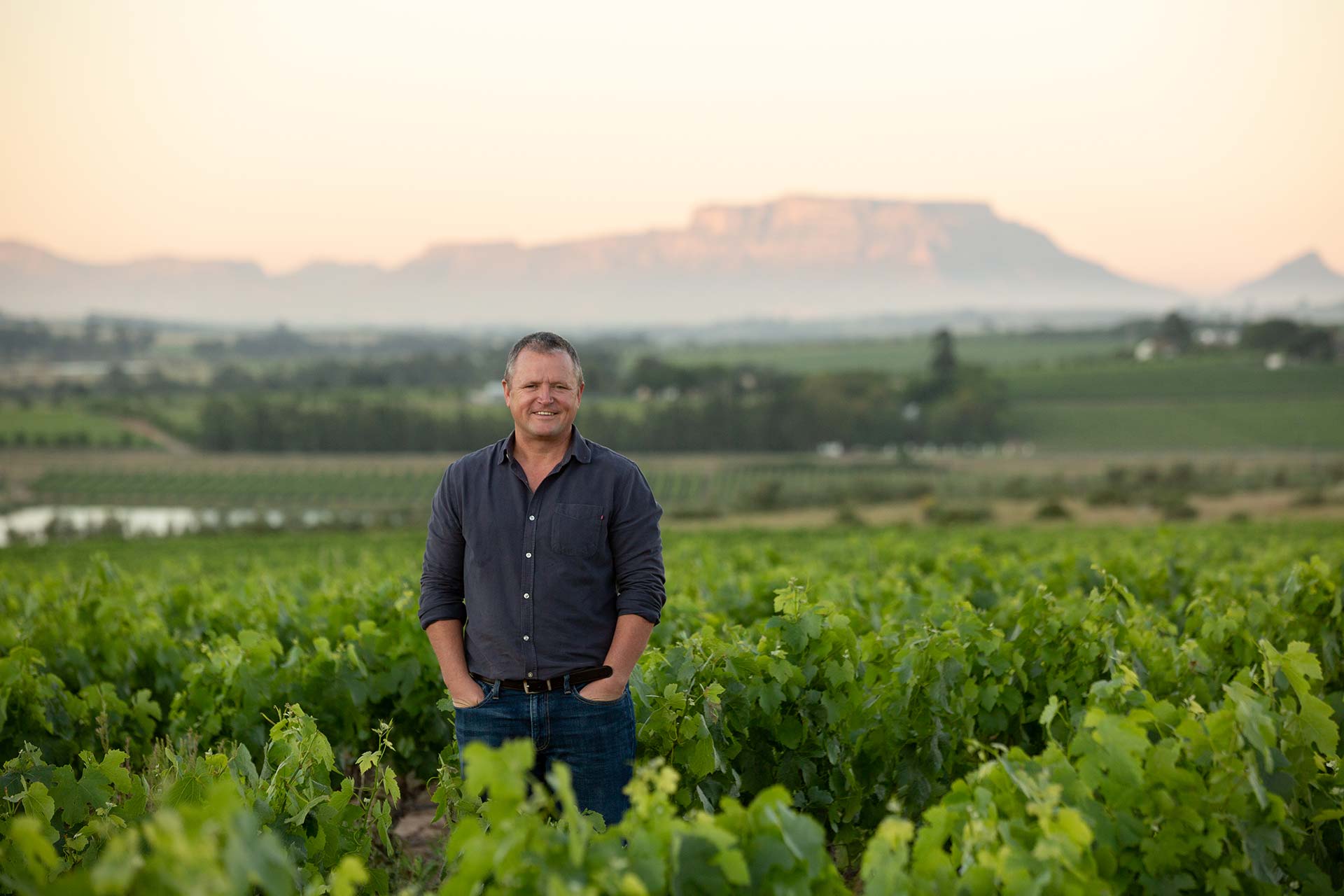 Beeslaar Wines is a small family-run business, specializing in the production of handcrafted, high-end Pinotage wines, originating from a single-vineyard site in the heart of the Cape Winelands.

My love affair with Pinotage led me to establishing the brand in 2011, with the aim to produce wines that embody and personify the many beautiful characteristics of a grape variety that was born and bred in South African soils.

I was raised in the town of Worcester, situated in a major wine-growing region of the Western Cape, some 120 km’s north-east of Cape Town. Initially I wanted to study medicine, but fate (and the student culture at the University of Stellenbosch) steered me in another direction and I obtained a BSc degree in Viticulture and Oenology in 1997.

My first job was an internship at Windmeul Cellar in northern Paarl, and this was followed by a position at another large co-operative cellar, Swartland Winery in Malmesbury, as assistant winemaker. It was here where I met South Africa’s “King of Pinotage”, Beyers Truter, who regularly visited Swartland to select wines for his own Beyerskloof operation. We quickly realised that our common love for red wine, and more specifically Pinotage, would forge a friendship that continues to this day.

In 2003 I took over the role as winemaker at the world-renowned Kanonkop Estate, also famous for its production of world-class Pinotage wines, which further cemented my belief that South Africa’s national grape is worthy of competing with the best the world has to offer.

In 2011, my dream of making a truly unique Pinotage from a site-specific vineyard, was realised when I was offered the opportunity to work with grapes from a unique parcel of land in the Simonsberg region outside Stellenbosch, and Beeslaar Wines was born. I guess one could argue that I didn’t pick Pinotage – instead, it picked me.

From the start it was a family affair, with my wife Jeanne (who also hails from a grape farm in the Swartland) in charge of the office administration and logistics. My two children, son Ben and daughter Emma, are often seen lending a helping hand when it comes to preparing orders! 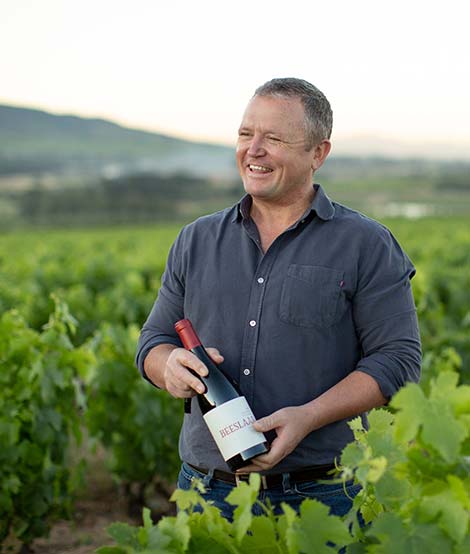 “Pinotage is not for sissies”, words legendary South African winemaker Jan “Boland” Coetzee will use to explain the challenges of Pinotage to other winemakers.

It was these challenges and the exposure to great old vines bearing unique grapes that started my love affair with Pinotage.

If you are lucky enough to have the right terroir and put in the effort that Pinotage deserves, there is no wine more rewarding.

Learn More Shop Online
We use cookies on our website to give you the most relevant experience by remembering your preferences and repeat visits. By clicking “Accept All”, you consent to the use of ALL the cookies. However, you may visit "Cookie Settings" to provide a controlled consent.
Cookie SettingsAccept All
Manage consent

This website uses cookies to improve your experience while you navigate through the website. Out of these, the cookies that are categorized as necessary are stored on your browser as they are essential for the working of basic functionalities of the website. We also use third-party cookies that help us analyze and understand how you use this website. These cookies will be stored in your browser only with your consent. You also have the option to opt-out of these cookies. But opting out of some of these cookies may affect your browsing experience.
Necessary Always Enabled
Necessary cookies are absolutely essential for the website to function properly. These cookies ensure basic functionalities and security features of the website, anonymously.
Functional
Functional cookies help to perform certain functionalities like sharing the content of the website on social media platforms, collect feedbacks, and other third-party features.
Performance
Performance cookies are used to understand and analyze the key performance indexes of the website which helps in delivering a better user experience for the visitors.
Analytics
Analytical cookies are used to understand how visitors interact with the website. These cookies help provide information on metrics the number of visitors, bounce rate, traffic source, etc.
Advertisement
Advertisement cookies are used to provide visitors with relevant ads and marketing campaigns. These cookies track visitors across websites and collect information to provide customized ads.
Others
Other uncategorized cookies are those that are being analyzed and have not been classified into a category as yet.
SAVE & ACCEPT